Divorce Can Cause Weight Gain – Is This Really a Surprise? 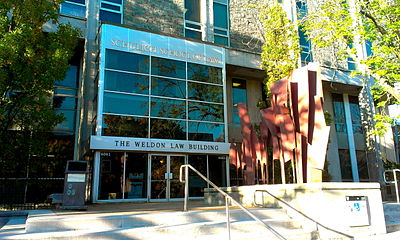 Now, I know this sounds immensely cynical, but this research appears to be nothing more than of a grotesque waste of time. We already know that people comfort eat during times of stress, so what exactly was the point of this research? Well, whilst it isn’t glaringly obvious, a little analysis can reveal both a valid and important reason as to why this research and, indeed, its findings are both valid and relevant.

Obesity is an enormous and ever growing problem within the US – where the research was conducted – the UK and several other nations. In fact, the problem is now so severe that the issue is being referred to as an ‘epidemic’ within certain intellectual circles. More and more people are becoming overweight and this is putting a very real and significant strain on healthcare systems worldwide.

As a result, identifying potential reasons for overeating is of paramount importance. As I’ve previously stated, we already know that people comfort eat, but considering whether or not some traumatic events lead to overeating whilst others do not could provide us with invaluable information in the fight against obesity and the numerous health problems to which the overweight are subjected.

Now, whilst this research is unlikely to see changes in the way that medical professionals or legislators address the issue of obesity following – I do not, for example, expect any government to make it compulsory for divorcing couples to attend classes on keeping fit following divorce – it does provide people with valuable and, thanks to the subsequent media coverage, accessible knowledge.

In particular, the research noted that divorcees who are over 30 were far more likely to experience significant weight gain that could have an adverse effect on their health when compared to individuals who divorce at a younger age. This information informs the relevant demographic – i.e. over and 30 and recently divorced – of a health problem that they are likely to face following the dissolution of their marriage. Many people will struggle to think of anything other than their failed marriage whilst their divorce is being finalised, of course, but following its conclusion, these individuals will now be aware of what could have been an otherwise surreptitious threat to their health. Surreptitious, that is, until it is too late!

Not so cynical after all.