To Fling Or Be Flung: How To Spot The Real Thing In Love? 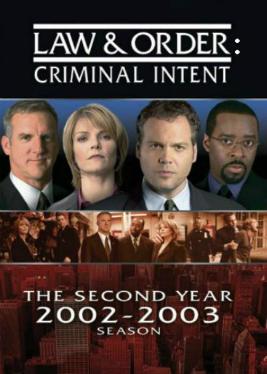 Ah, love. Love is all you need. Sure, we all know that a guy pushing for sex on the first date is a bad sign, as is a guy who never lets you meet his parents after months of intense dating. But barring huge red flags, how do you “know” if he’s relationship material, or even “The One”? Fortunately, it’s easier than you think–bad news for women who like to deconstruct everything a man says and does. Ever heard about the strange phenomenon of researchers so often coming up with the results they expect and hope for? Such is the case with dating and relationships. If you really want him to love you, you may be too generous with your interpretations of his behaviour.

Here’s the quick skinny on how to spot a keeper (and how to spot a guy who isn’t). All it takes is a couple of mobile phones (yours and his) to find out if he’s into you.

Does he use “text speak”?: LOL OMG u shd Fling Him. OK, OK, so that’s just my bias. But seriously. Fling him.

Does he text you about super random things in his life just to make you laugh?: Have a Fling! I would.

Does he CALL YOU?

The truth is, most decent guys will want to talk to you if they really like you. Texts make it easy to make plans, but it’s important to hear the voice of someone who means a lot to you or is starting to. Don’t rely on texts to sustain your communication with a new partner. In other words, don’t make it too easy for him to hook up with you. It’s bad relationship precedent.

There are other ways you can use your mobile phone to suss out whether it would be wise to commence the fling. Observe this example.

Scenario: You text your new guy on Thursday to ask what he’s doing, and he doesn’t text you back, at all, until Tuesday. But he’s flirting with you. You two have a fun back-and-forth for almost an hour. So that’s good… right?

Wrong, probably. Generally, if a new beau is as excited about you as you are about him, he is going to respond right away. Even if it isn’t a lot, or inviting a long conversation, yes: he should shoot off some kind of message before the weekend is through. He really likes you and can’t wait to see you again! This doesn’t seem as obvious a distinction when he seems genuinely jazzed by the encounters you share. Some men may abide by a 3-day-rule when it comes to calling up a woman after the first few dates, but texts are different. He could have texted you sometime over the weekend, and he should have, unless you’re the one waiting in the wing. Don’t let him put you on his schedule. Don’t be anyone’s Wednesday night date unless it’s your idea (and you want to reserve the weekend for someone you’re really into, like he’s probably doing). And for Ben and Jerry’s sake, don’t let him keep you there. Being on the back burner doesn’t feel good if you really like a guy.

Happy hunting! And remember: you WILL find someone who likes you as much as you like him.